When innovations are developed, it almost always pays to be among the first with expert knowledge. That’s certainly been the case with cloud technologies so far, where skilled professionals can earn $98k per year. If this is an area of expertise you would like to explore but aren’t yet ready to commit to a lengthy and expensive post-secondary program, we’d recommend first getting your feet wet with The Complete 2020 Cloud Certification Bundle.

This economically priced bundle, valued at $3,800, provides students with a great introduction to cloud technologies. They’ll learn about major players like Amazon Web Services and Microsoft Azure, discover the basics of building and deploying cloud-based infrastructures, and find out what makes the technology so advantageous as we move to a web-based world. And students will earn actual certificates upon completion too, so they could even use this training to find entry-level work.

What makes this particular program so enticing is the fact that students are able to direct their own studies. There are no actual classroom sessions to attend, so you won’t have to worry about fitting a tight learning schedule around work. And, you have a full year to complete all twelve courses. Plus there are no textbooks to purchase, making this training route even easier on the pocketbook.

It’s vitally important that information technology professionals keep their training on the cutting edge. But that doesn’t mean you have to put your life on hold and shell out big dollars on time-consuming post-secondary training. Instead, learn the 21st century way with The Complete 2020 Cloud Certification Training Bundle, currently offered to readers for just $39.99. 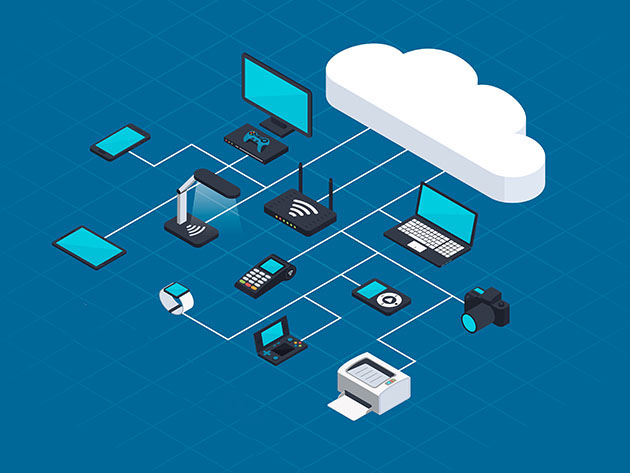 Prices are subject to change.

Modern tech companies require more computing power than ever before, so many of them are turning to cloud services like Microsoft Azure to meet their needs. As such, becoming cloud-certified is a necessity if you want to pursue today’s highest-paying IT jobs. With this 4-course bundle, you can become an Azure master for just $29.

The Complete Microsoft Azure Certification Prep Bundle contains material that will prepare you for Azure certification exams, but you’ll be able to land different jobs depending on the certification you earn. For example, if you want to become an Azure Architect, you can prepare with AZ-300 Azure Architecture Technologies Certification Exam Prep. Alternatively, if you’re interested in a career in DevOps, you should either earn the AZ-103 or AZ-203 certifications then aim for AZ-400.

Companies are constantly on the lookout for Azure-certified professionals who can implement cloud solutions into their infrastructure. With the Complete Microsoft Azure Certification Prep Bundle, you can learn how to become Azure-certified for $29, or 92% off.

Modern tech companies require more computing power than ever before, so many of them are turning to cloud services like Microsoft Azure to meet their needs. As such, becoming cloud-certified is a necessity if you want to pursue today’s highest-paying IT jobs. With this 4-course bundle, you can become an Azure master for just $29.

The Complete Microsoft Azure Certification Prep Bundle contains material that will prepare you for Azure certification exams, but you’ll be able to land different jobs depending on the certification you earn. For example, if you want to become an Azure Architect, you can prepare with AZ-300 Azure Architecture Technologies Certification Exam Prep. Alternatively, if you’re interested in a career in DevOps, you should either earn the AZ-103 or AZ-203 certifications then aim for AZ-400.

Companies are constantly on the lookout for Azure-certified professionals who can implement cloud solutions into their infrastructure. With the Complete Microsoft Azure Certification Prep Bundle, you can learn how to become Azure-certified for $29, or 92% off.

You may be surprised to learn that AWS isn’t the only cloud solution out there. In fact, Microsoft has their own cloud platform that’s surging in popularity. You can explore its potential with the Complete Microsoft Azure Certification Prep Bundle 2019, discounted by over 90% to just $29.

The Complete Microsoft Azure Certification Prep Bundle 2019 includes access to four beginner friendly-courses that’ll show you how to use Azure to deploy a cloud-based environment. Students will start by learning the foundations of cloud technology and then gradually move into more complex concepts. The courses are accessible online 24/7; and the content will be available to you for life, so it’s a convenient way to learn too.

This package is perfect for beginners and experienced professionals alike. The Complete Microsoft Azure Certification Prep Bundle 2019 is valued at $387 but you’ll get it for just $29 when you take advantage of this offer.

Like this deal? Check out Vault, the best way to secure your online data for just $9.99.

[Disclosure: Microsoft is a client of the author.]

I recently took a call about how Microsoft is competing against Amazon AWS and one of the questions really got me thinking about how much the company has changed. I pointed out that the old Microsoft would have been far more aggressive. The weapon they developed in the early days was “Embrace, Extend, Extinguish.” It effectively took out both Lotus and IBM’s OS/2 efforts, and nearly took out Apple.

But it resulted in a company that cared more about competitors than customers, a firm that was exceedingly arrogant, and one that almost was regulated out of existence in the 1990s. Tactically, the strategy was brilliant. Strategically, not so much…because it nearly killed the firm.

Today’s Microsoft is very different. And these differences, while they represent a far lower competitive problem for Amazon, represent a far better path for those of us who actually use Microsoft’s offerings. They’re also why they reached a trillion dollars in valuation this week, a new milestone for the company.

Microsoft came up hard. What I mean is that, from the start, they had issues with IP theft and companies like IBM trying to put them out of business. As a result, they focused aggressively on competitors and often left partners hanging.

For instance, I was recently eyeing a book coming out on 3Com. One of the things that badly hurt that company was that Microsoft wasn’t straight with them on Microsoft’s plans with OS/2. That failure to disclose hurt 3Com a lot and significantly contributed to the CEO’s early departure. And rather than apologizing Steve Ballmer said something to the effect that the 3Com CEO should grow up. They did, which meant they never trusted Microsoft again.

Microsoft was a warlike company thinking that locking customers in was a good thing and that as long as they were making money everything was good. I recall the launch of Windows 95 where they had lines of people wrapping around buildings to buy the thing. But when problems overwhelmed support, rather than staffing up, they blocked the support lines so folks couldn’t get through – pretty much assuring they’d have no lines when Windows 98 launched.

Instead of competing with Netscape in market they worked behind the scenes to torpedo the company. Ironically, none of what they attempted actually worked. (It reminds me of what was disclosed in the recent Mueller/Trump report where Trump’s staff disobeyed orders and prevented the President from obstructing justice.) But the regulatory backlash took Microsoft out at the knees.

Then they tried to simplify their pricing model. But they didn’t look at what that would do to customers, resulting in millions of dollars of unanticipated charges. Linux, which had pretty much been a joke until then, became a real competitor – kind of like Lamborghini, which was created because Ferrari pissed off a rich customer.

The end result was a decade where it seemed Microsoft couldn’t get out of its own way. This decade is often referred to as the “lost Microsoft decade.”

Azure Microsoft doesn’t look like Windows Microsoft. Focus isn’t on competitors, it’s on the customer. Rather than fighting interoperability the firm is fighting to be the best at it. Rather than fighting Linux, which still is largely customer backed, they have embraced it. Not as part of an “embrace, extend, extinguish” strategy, but instead as part of a strategy to create a loyal customer base.

With regard to Amazon AWS, rather than creating clouds of FUD surrounding the offering or aggressively pointing out problems with that platform – of which there have been a few – they are instead working to interoperate with it. This is because they recognize that many customers want dual suppliers for critical services and for very good reason.

Rather than only supporting their own platforms they have embraced both iOS and Android. They are even using Chrome as the basis for their next generation browser, abandoning their old proprietary Edge platform.

In other words, today’s Microsoft will both “embrace” and “extend,” but without the “extinguish.”

The end result, and this isn’t intuitive, is that Microsoft just became a member of the Trillion Dollar club. Not by gleefully destroying competitors but by interoperating with them and focusing like a laser on customers, developers and partners.

Ironically, this not only makes for a far better company to work with, it also results in one that is far more successful.

Like most companies, Microsoft was created to fill a customer need. Many companies lose track of this as they grow and are pounded by competitors and focus increasingly on the needs of investors. Microsoft’s turnaround shows that if you can maintain that customer focus, both the customers and the investors will be happier. And the competitors are likely to burn resources on other competitors, or, by focusing on you, lose track of their customers and naturally fail.

Yes, Azure Microsoft could likely take on Amazon AWS and win, but they’d be left weaker, more open to regulation or break-up, have a lower valuation and a higher risk of ultimate failure. Wisely, they are choosing not to do this, and there are a number of firms (Apple and Oracle to name two) that could benefit from this lesson.

Focusing tightly on what customers want is old school, but that doesn’t mean it’s wrong. Microsoft reminded me of that this week.

This article is published as part of the IDG Contributor Network. Want to Join?